Can Rabbit and Guinea pig be together?

There is still a widespread belief that rabbits and guinea pigs can hold together. Despite looking cute and innocent, guinea pigs and rabbits they are not ideal partners. Rabbit and guinea pig ‘speak’ completely different ‘languages’ and cannot communicate with each other at all. They also have different fur care needs – rabbits are very happy to clean each other, while the guinea pig will never clean the rabbits. Just as a guinea pig will never hear from a rabbit the sounds that guinea pigs use to communicate with each other. In addition, rabbits are larger than guinea pigs and in the event of a quarrel (which can happen), the guinea pig has no chance against rabbits. A general rule is: don’t keep your rabbit alone with another animal.

But if you have two or more rabbits and two or more guinea pigs, maybe you can keep them all together, assuming they have enough space. Before you decide on this combination, consider the following:

Although rabbits and guinea pigs are basically hay eaters, they require different nutrients and consume different amounts. For example, guinea pigs need regular intakes of Vitamin C, which they get through daily herbal meals and specially formulated pellets. Guinea pigs should NOT eat rabbit pellets because they are adapted to the needs of the rabbit digestive tract and do not contain extra amounts of Vitamin C. Even some types of rabbit pellets (formulated for rabbits in farms and labs ????) contain antibiotics which are potentially harmful to the guinea pig. Unlike a rabbit diet where reduced intake of pellets (and more hay) is recommended, guinea pigs can have unlimited access to their pellets. Even in the case of feeding greens, it can be difficult to determine whether each animal received the appropriate percentage of its nutritional requirements. The big challenge is meeting these different nutritional needs.

Even the smallest dwarf rabbit can pose a physical danger to the guinea pig, especially if space is limited. Rabbits often strike and throb with their strong hind legs, thus expressing their emotions. Whether the rabbit jumps for joy or strike because he is disturbed, it poses a risk for the guinea pig to be injured. This is not unusual no matter how much you think. Injuries to guinea pigs whose legs were broken after being kept with rabbits in the same cages were reported. Such injuries often require surgery, and a lifetime regimen with anti-inflammatory medication.

Many animals carry organisms that are not harmful to them but may be fatal to other animals. In the case of rabbits, a very common bacterium found along the rabbit’s lungs is Pasteurella. While antibiotic treatment can keep this disease under control, it is often kept to the point that the rabbit is just a carrier, requiring occasional treatments. However, guinea pigs are highly susceptible to respiratory infections, and their sensitive immune systems are not “equipped” to fight this pathogen. In the case of Pasteurelli exposure, the guinea pig is at greater risk than the rabbit to succumb to that organism and die.

Rabbits like to pamper, brush, and edit one another all day long. This is not common for guinea pigs. On the contrary, they like to stay in their special space, which they often do not like to share. On such occasions, the rabbit can become very lonely and the guinea pig may feel disturbed. Keep in mind that rabbits and guinea pigs are two different animals, one of them wants closeness and the other is more restricted in that regard.

So here we have the dangers for the guinea pig in the form of: inadequate nutrition, the risk of injury, foreign pathogens, and roommate with whom he does not share a common “language”

2019-12-23
Previous Post: Differences Between Boston Terrier And French Bulldog
Next Post: My cat constantly watching TV. Is this harmful to cat? 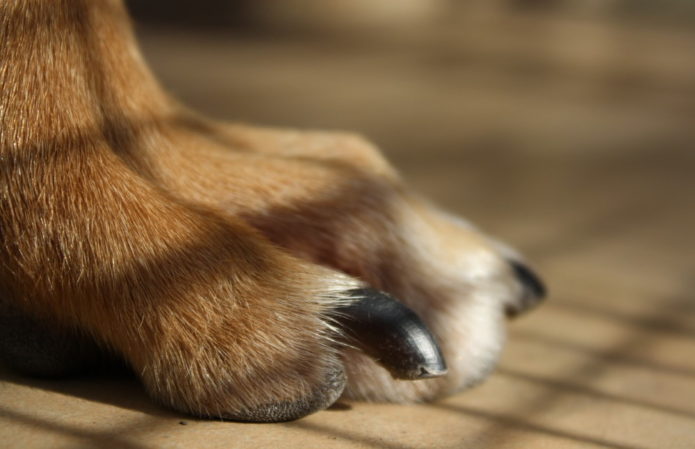 How Often Should You Cut Your Dog’s Nails?

There is no strict rule when it is necessary to cut dogs’ nails. When you hear your dog’s nail click-clacking 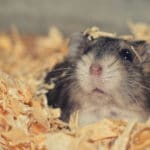 Hamsters and guinea pigs belong to the same order of rodents. Although they share many common “touch points”, many owners 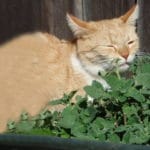 Catnip – a plant that makes cats crazy and funny

Catnip (Nepetacataria) is a perennial herb belonging to the mint family, Labiatae. It is also known as catnep, catmint, catrup, 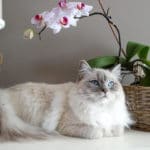 The Ragdoll cat can be described in three words: big, beautiful and social. It has a silky, medium length hair,